Is a Shopsmith User’s Manual of Bearings Overdue?

Is a Shopsmith User’s Manual of Bearings Overdue?

As I wrote in the recent document “Bearing Comparisons” posted on My Google Drive, Bill Mayo and I were collaborating on a new document construct to identify and quantify the various bearings used in Shopsmith equipment when his health began to go downhill more rapidly. We never really got it much beyond the discussion stages and the sharing of a few files, links and photos for background.

As most here know, Bill Mayo was a kind soul who shared his extensive Shopsmith knowledge and experience with us, both in and outside the forums. He was both friend and mentor to me.

That said, both he and I believed there could be value to others and those who come after us in developing a comprehensive document for Shopsmith Bearings used in the various gear.

I am asking others such as JPG, Dusty, Ed, and John Burger and others to join with me collaborating to put together that document moving forward if folks can find time to contribute.

We are talking far more than just headstocks though the years. We wanted everything they made that had bearings in them to be discussed, including motors.

I have attached a few reference images I was assembling toward this project to establish a bit of essential knowledge transfer relative to bearings in general, which would have narratives relative to service, repair, and restoration.

Do you see the same need as we did? 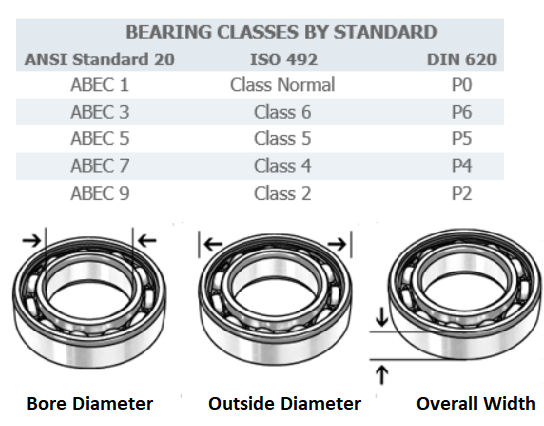 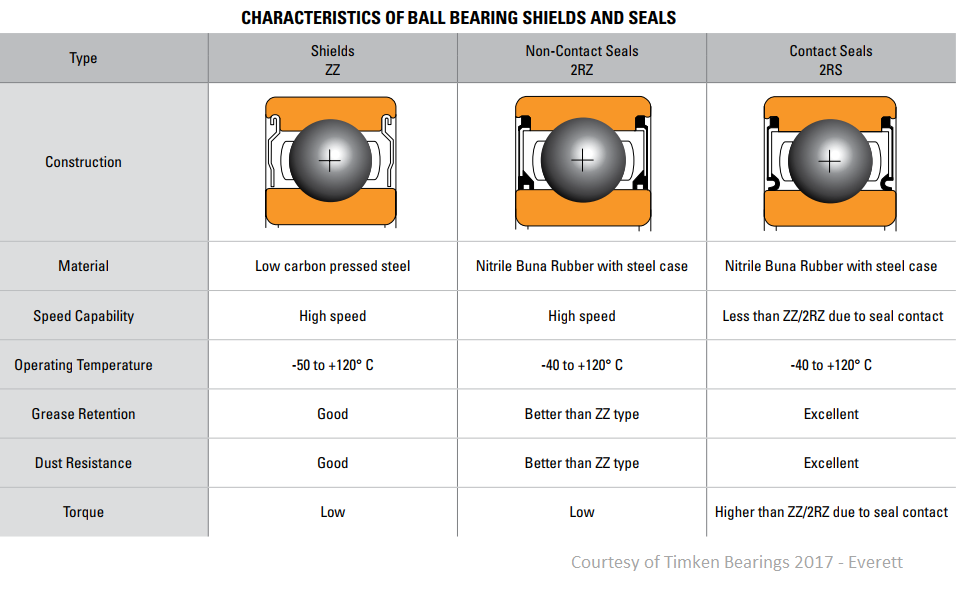 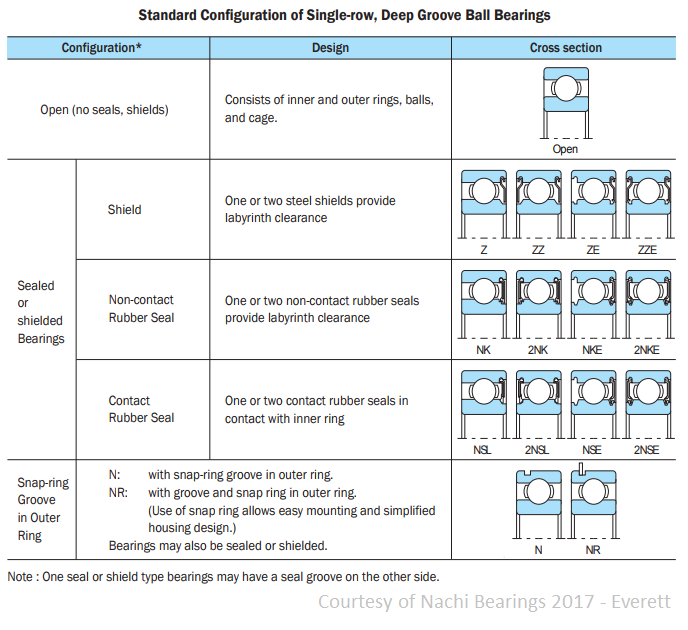 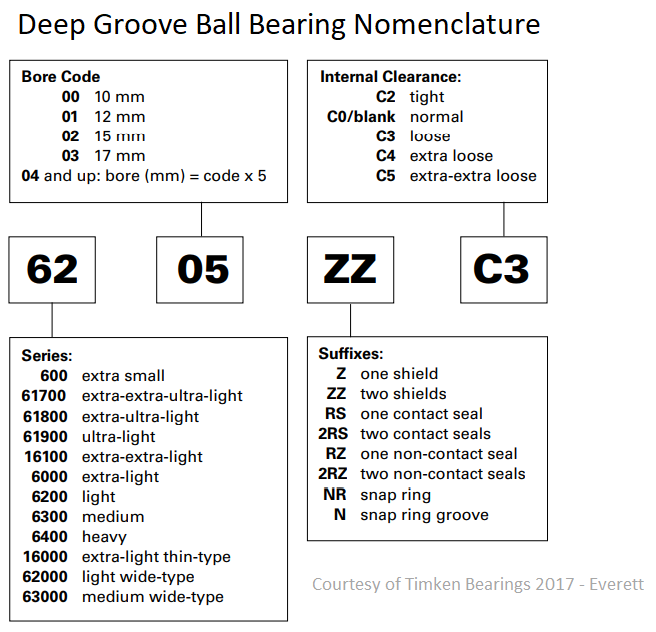 Everett, you are a great asset to the Shopsmith community! Thanks for all you do.
Top

Yes!! I will do whatever you need.
John & Mary Burger
Eagle's Lair Woodshop
Hooper, UT
Top

Yes!! A compilation of bearing data that specifically relates to bearings used in the Shopsmith equipment would be helpful and especially so if it correlates the Shopsmith part number to an Industrial Standard part number.

I will certainly contribute wherever I can.

This is the sort of data that I have collected over the years and maintain in a spread sheet:

Modifications as proposed by a forum member

Why is a Comprehensive Shopsmith Bearing Booklet Needed

Why - because the information available online is far more detailed than nearly all of us will ever need and/or know how to use. The bearings used in the Shopsmith equipment is a minuscule segment of what is available in the bearing market place.

These are all factors that one needs to understand (as they apply to "Shopsmith Bearings") if ordering bearings from other than Shopsmith.

Shopsmith documentation provides nothing that would answer any of these questions. They do , however, provide Shopsmith part numbers. This is all one needs if planning to order bearings from Shopsmith and IF Shopsmith offers those bearings for sale.

I am attaching a PDF from SKF that shows what I mean (and answers all of the above questions) if you know where to look. It is the complexity of this source data that shows WHY a Shopsmith bearing guide would be useful.

I am unable to attach the catalog because it is too large. If you want to see it, it can be Googled ( http://www.skf.com/binary/77-121486/SKF ... alogue.pdf ).
"Making Sawdust Safely"
Dusty
Sent from my Dell XPS using Firefox.
Top

Back when I was in school I took a class in designing with bearings. It was very interesting. The world of bearings has a life of its own. When I see the word "comprehensive" it worries me even if it is modified with Shopsmith. The handbook we used was for applications only, no bearing design just application, it contained only a portion of this subject and we spent months on the subject....... and that was not comprehensive.

I comment little on bearings here other then a few posts were I actually change out bearings, I think I have one one the single bearing 500 quill, one on the bandsaw guide bearings and one on the 10ER headstock bearings. I do that intentionally.

The class I took was in back in 1971 or 72, I only remember certain things and while I have a design manual stuck away somewhere I have not seen it in years. I did only one design using that knowledge as my work life at Bell Labs did not involve those sorts of things.

If I were to need or want to do some designs now I would have to refresh myself on the subject. Unless I did that I would be only guessing. And unless someone here is either more current on the subject or actively designing with bearings we are all just guessing. So I guess my expectations here are less then they should be and to be honest a bit worrying.

I'd rather see a list of bearings and where they are used or the other way round what bearings are used where. Keep in mind with all the changes that shopsmith has made and does make can make even that a difficult problem. Now add in the fact that a lot of people have machine which were previously owned and in some cases several owners who could have changed bearings..... well I think you get the idea.

My vote would be to keep it simple. If people want to study bearings then let them but source doesn't have to be here.

I think something like the set screw document would be good. A list of equipment, part number, size and common replacement. Maybe a list of reputable bearing manufactures to source from.
Brenda

Yes, Ed the technical world of bearings is quite complex.

Reiterate part of the title to this thread: A Comprehensive Shopsmith Bearings Booklet. Maybe it woulkd be more practical to ask for a "Shopsmith Users Manual of Bearings".

What are the Shopsmith part numbers for all of the bearings used in the Shopsmith equipment and the Industrial Standard part number. This is probably all that is required by most of the forum members but I would still like to see that spreadsheet grow with data collected and presented my the users.

I maintain a spreadsheet but most of the data in that spreadsheet came from right here on the forum. Much of it (most all of it) not in the form of a spreadsheet but is comments made by those who posted (Bill Mayo provided a great deal of it).
"Making Sawdust Safely"
Dusty
Sent from my Dell XPS using Firefox.
Top

Re: Is a Shopsmith User’s Manual of Bearings Overdue?

Thanks for the observations and comments. I have amended the poll and made some clarifications to goals below:

Ed wrote: “I'd rather see a list of bearings and where they are used or the other way round what bearings are used where. Keep in mind with all the changes that shopsmith has made and does make can make even that a difficult problem. Now add in the fact that a lot of people have machine which were previously owned and in some cases several owners who could have changed bearings..... well I think you get the idea.”

Thunderbirdbat wrote: “I think something like the set screw document would be good. A list of equipment, part number, size and common replacement. Maybe a list of reputable bearing manufactures to source from.”

Dusty wrote: “Reiterate part of the title to this thread: A Comprehensive Shopsmith Bearings Booklet. Maybe it would be more practical to ask for a "Shopsmith User’s Manual of Bearings".

I totally agree with each of you. Accordingly I have renamed the thread “Is a Shopsmith User’s Manual of Bearings Overdue?

The Setscrew document form does reflect what Bill and I wanted to achieve in a PDF. My thoughts would add Folders in the PDF for various SPT’s etc.

Somewhat like Ed, I envision a list of bearings and accompanying photos where they are used in the equipment and an appendix of bearings reflecting what bearings are used where in an index of sorts.

The knowledge transfer component was not a comprehensive bearing course for the bearing industry but a relevancy to terms and how they applied to the need for the specific bearing selection in Shopsmith gear by the various OEM companies ‘Shopsmith’ through the years who chose them.

Shopsmith even in the 80’s sold the spindle assembly with bearings, not the specific bearings themselves in their catalog of parts.

Further expanding the issue is the realization that some Quills and Spindles have been physically modified or machined to enhance performance by adding a second bearing.

It expands even further upon the number of Shopsmith production versions that exist, even in the Poly-V line of assemblies made after the Gilmer assemblies with a different spline count on the spindle.
Bill Mayo and Skip Campbell each did modifications to various Quill Assemblies.

Bill wrote in a 2014 Post “It took me about 6 years and 5 different machine shops later to find a retired machinist with an outstanding shop in his back yard with top brand equipment that can do this machining to .0002" tolerance. Of course, I do not have any of these machined 2 bearing Poly-V quills available now, just sold the last one.” http://www.shopsmith.com/ss_forum/viewt ... 05#p158205

Skip posts on his website a MKC Tools that he does machining on both Gilmer and Poly-V Quills and Spindles in addition to the 10E / 10ER units. http://mkctools.com/mark%20v%20parts.htm

The point is to document as much of all of these variances in the context of finding what you have and how to service it.

We should provide photos of every example we can document, and list the bearings that were used sizes and class designation if other than normal, not only for headstocks of all models including the Mark VII, but for all the motors, and SPT’s. That is what I mean by comprehensive. I agree that much of the data is embedded in the forums posts, but which of the 44689 posts in Maintenance and Repair (presuming they are all in that Forum) are the ones we need? Photos can be hot-linked back to threads from which they came, allowing folks to drill back down to the topics they are focusing on.

I think we are on the same page here, just focusing on different paragraphs. I can put this together, but not alone.

Soon I will post a preliminary list of things we would need to include, open to expansion. I know we have folks here who are experts in the various bits and pieces.

What Bill and I envisioned was finding the best of the best information and assembling a document that would be a Shopsmith MapQuest roadmap to define “The Bearings” to get there.

When we get that list of things to include defined, we can begin requesting various volunteers to provide, or recommend information to flesh it all out.

Are we more on the same page now?