Well, I found I was having trouble getting straight cuts on resaw with the bandsaw. The blade was turning out away from the fence halfway thru the cuts.

The blades I had came from previous owner and were categorized as "good"..but to be honest I didn't know if they were good or bad..so i went ahead and got a new set of Timberwolf blades as a backup. $89 for a set of 5 blades of various width and TPI.

I thought I knew where the drift was coming from though-guide shaft wiggle.

So I added the stabilizer screw to the shaft ...and the screw did help keep it from moving in the slot but that didn't solve the problem. of course I needed to purchase a drill+tap set for this .. $20.

Then i noticed that one of my cool blocks was oddly set in the upper guide. 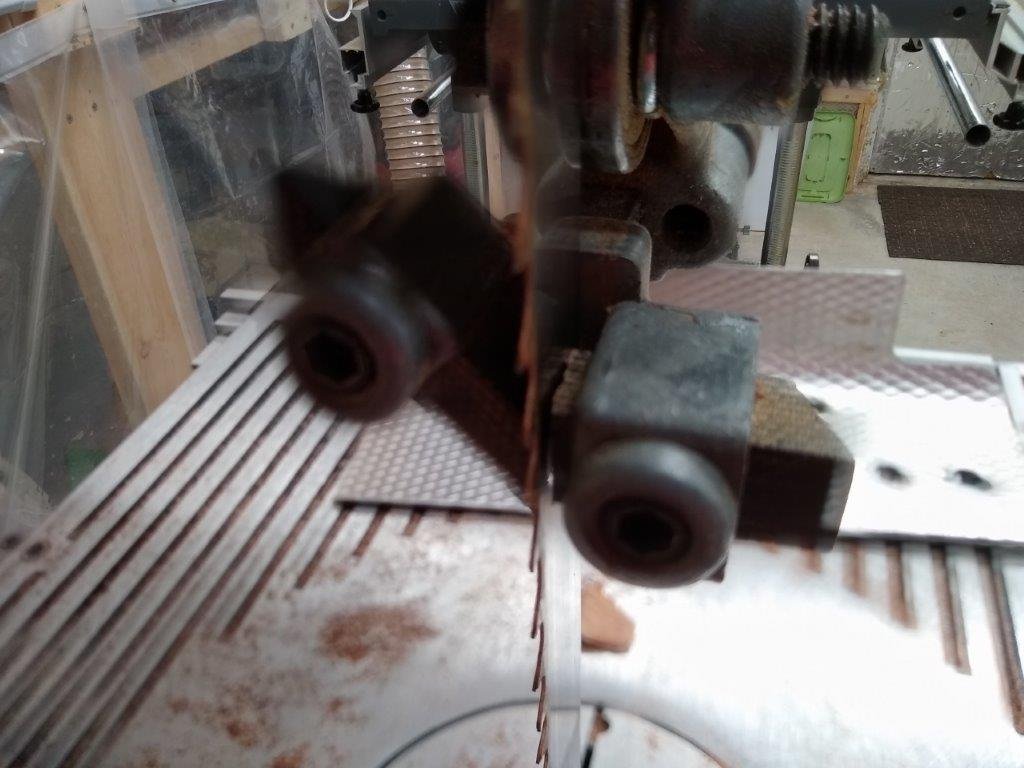 And after closer inspection- the cool block guide surface was "angled" relative to the blade surface..allowing the tooth side of the blade to twist out from the fence. Aha ! This seemed to be in agreement with the type of drift I was experiencing.

Luckily I had a second un-used set of cool blocks which i proceeded to begin replacement . I figured I would just go ahead and replace all 4 , top and bottom.

That was a bad idea ..haha. On turning in the set screw on one of the lower halves, the whole casting cracked around the screw. 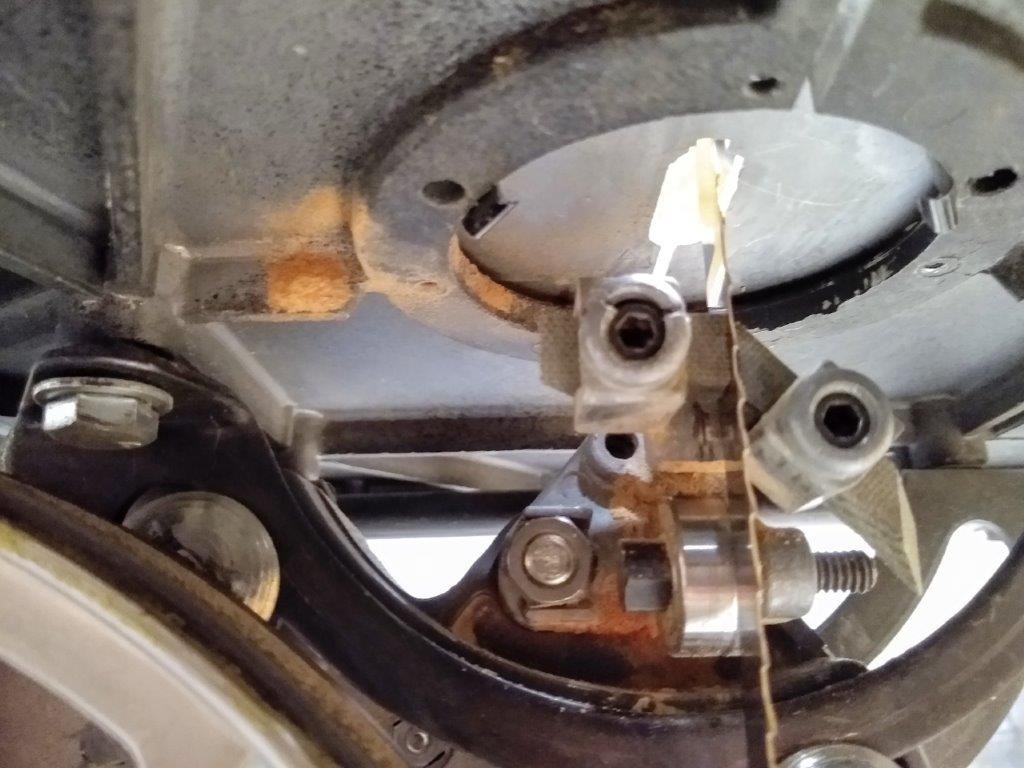 
So...now I got what i wished for ....all new blades and the Carter guides. I'm in at least $220 without making a good resaw yet

To be honest-I had thought I would skip the Carter guides since it seemed like (shaft stabilizer+new cool blocks + new blades) might have got me there...but oh well .