Back a while I made a set of fences for my kapex and used 1/2" plywood. As fences they worked fine. However when you attempt to hold down clamp it no longer works. Yes that silly 1/2" fence takes away the use of the very useful and first decent hold down I have ever used on a miter saw. I knew I could take off the added fence but sometimes I wanted the fence and the clamp..... So what to do? Make a thinner fence?

Rather then making them out of this or that I have been working my way through a small sheet of 1/4" hardboard. Tried a little chuck and hey it works. So I cut out the blank size pieces and drill them to mount them so I could check out any unforeseen issues. Didn't appear to be so this was going to be my solution. So starting at this point I had this: 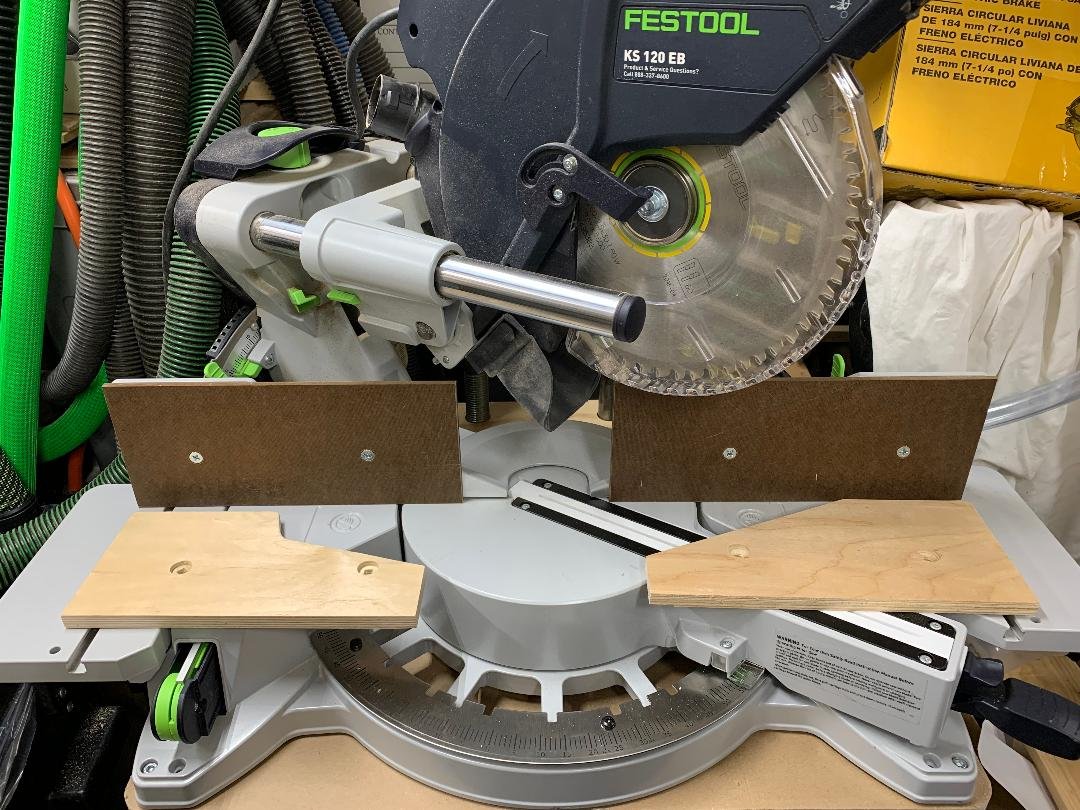 I traced along the backside so it would more or less the existing fence. Used the bandsaw to cut to that shape. And we are now at this point: 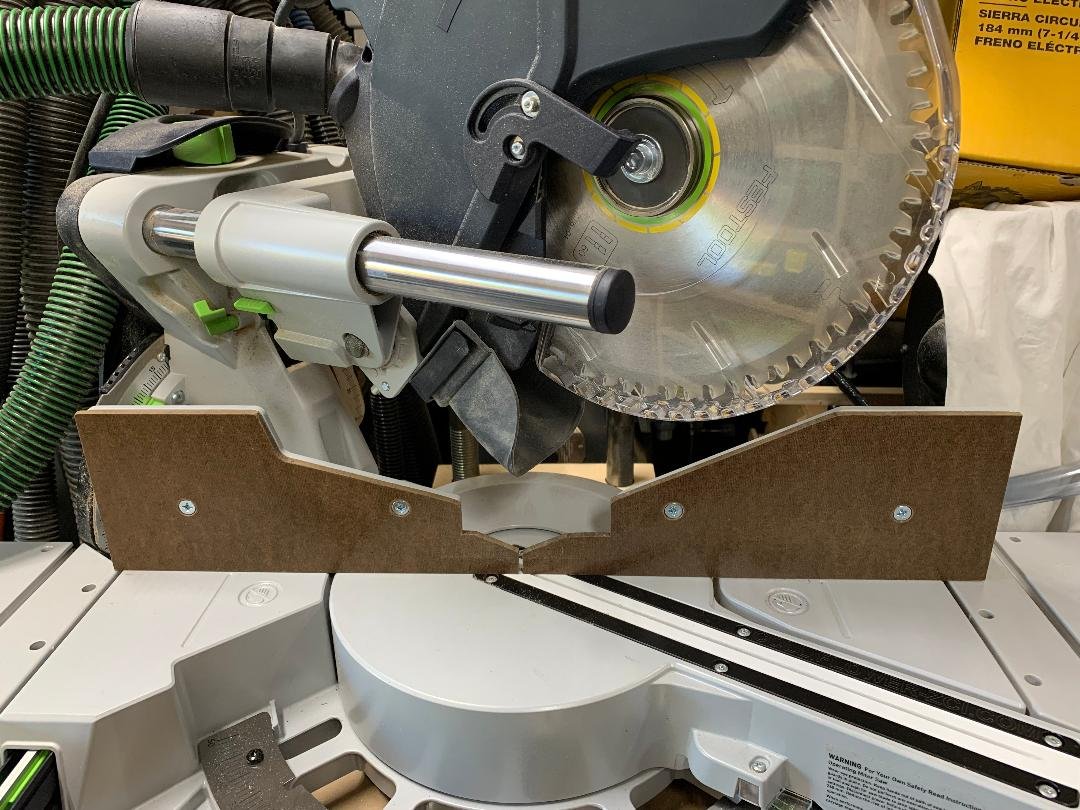 The foot on the hold down is not a typical round but rather this shape: 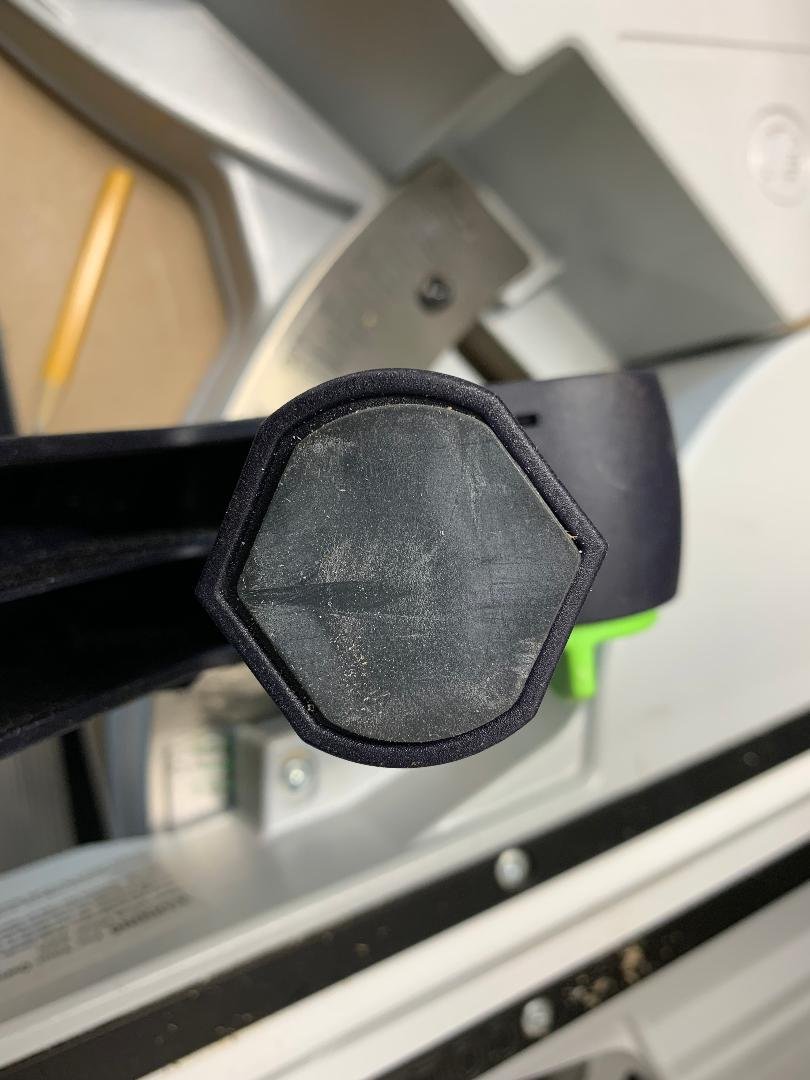 This allows it to mount up close to the fence and still have a lot of grip. Here is the range from far left to far right and of course anything between. 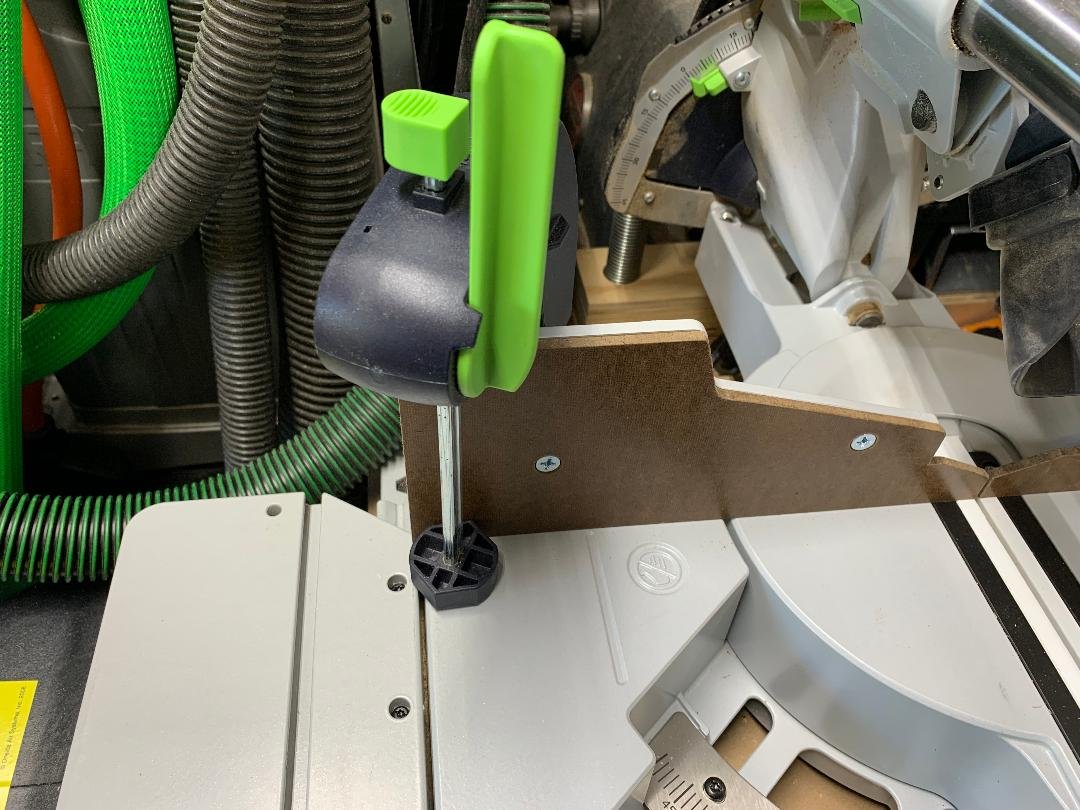 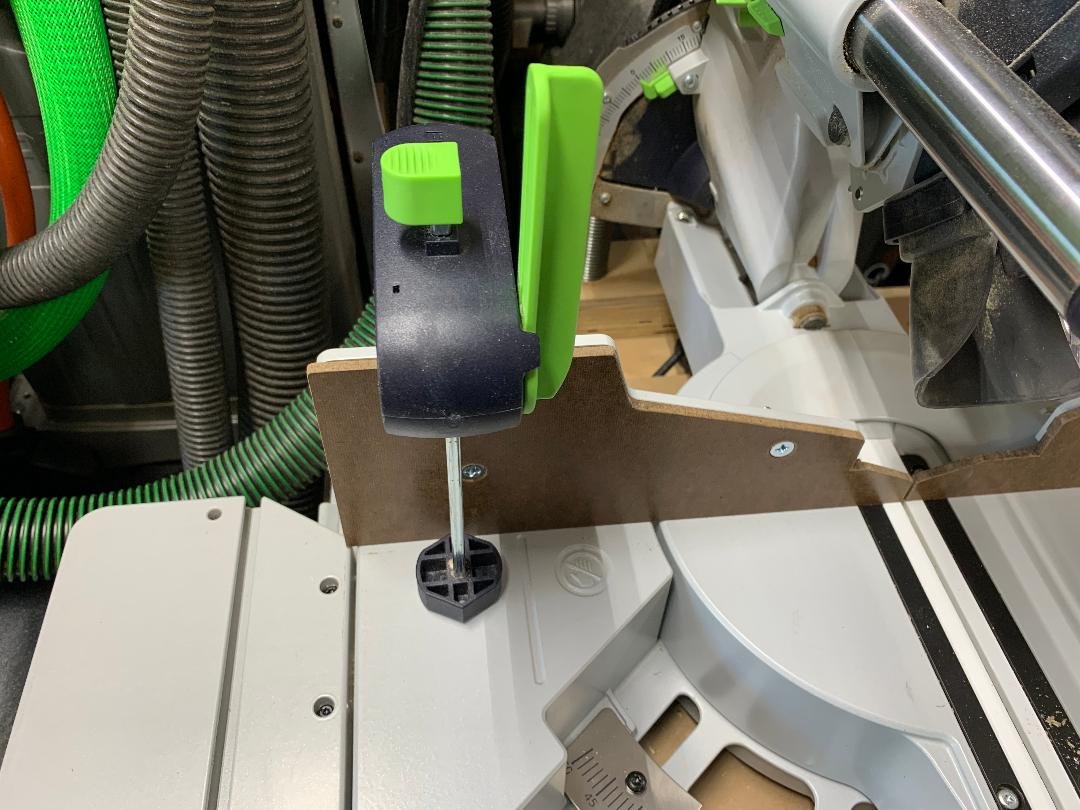 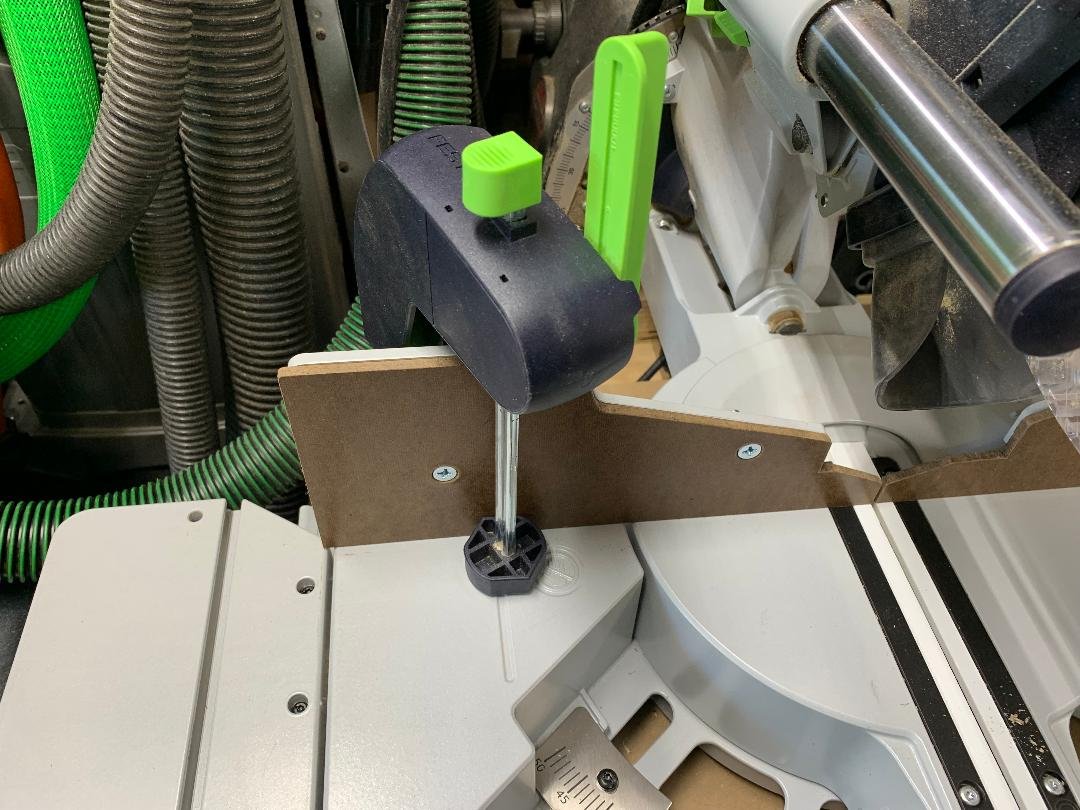 BTW the clamp works on both sides of the saw.


The day was still young so I went on to add a place to store clamps right near the saw. Nice to have things near by when you can and in this case it works out well. 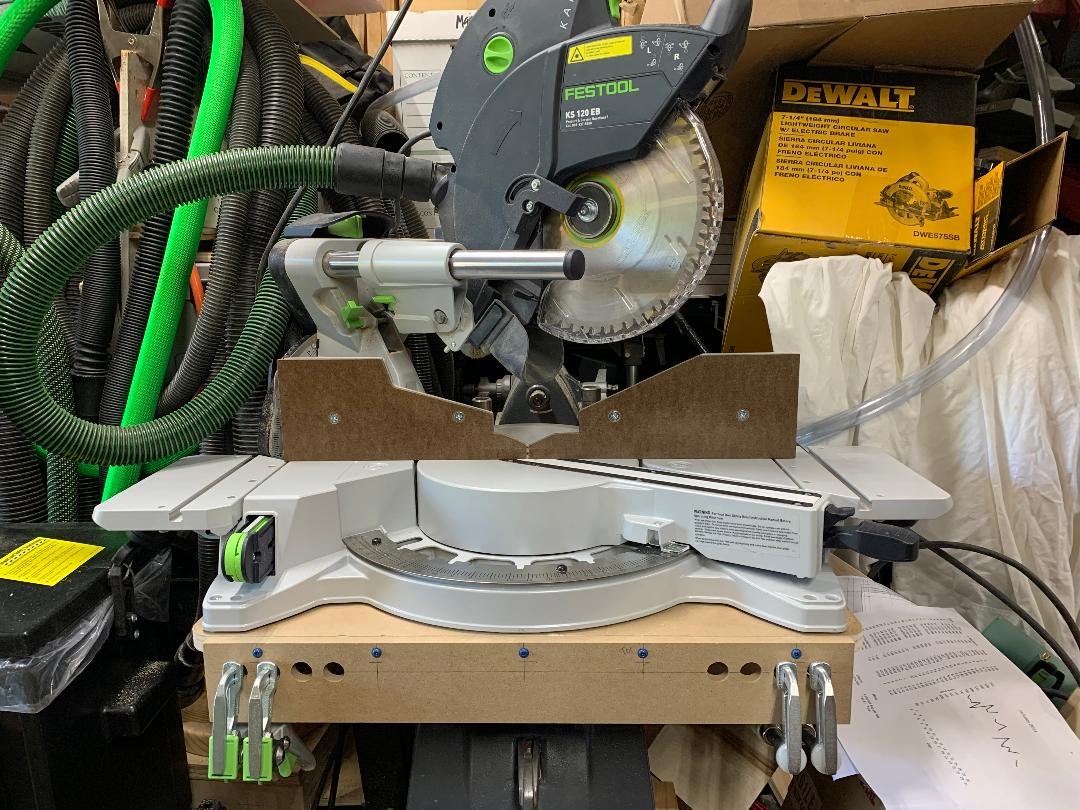 The holes are 20mm diameter since I knew the clamps work in work tables with 20mm holes.

I still have room to mount some other things, don't know what they are yet but still good to have some spare space at this point in the project.

Yes the hold down can be stored there too but it hangs out at bit more then I like. 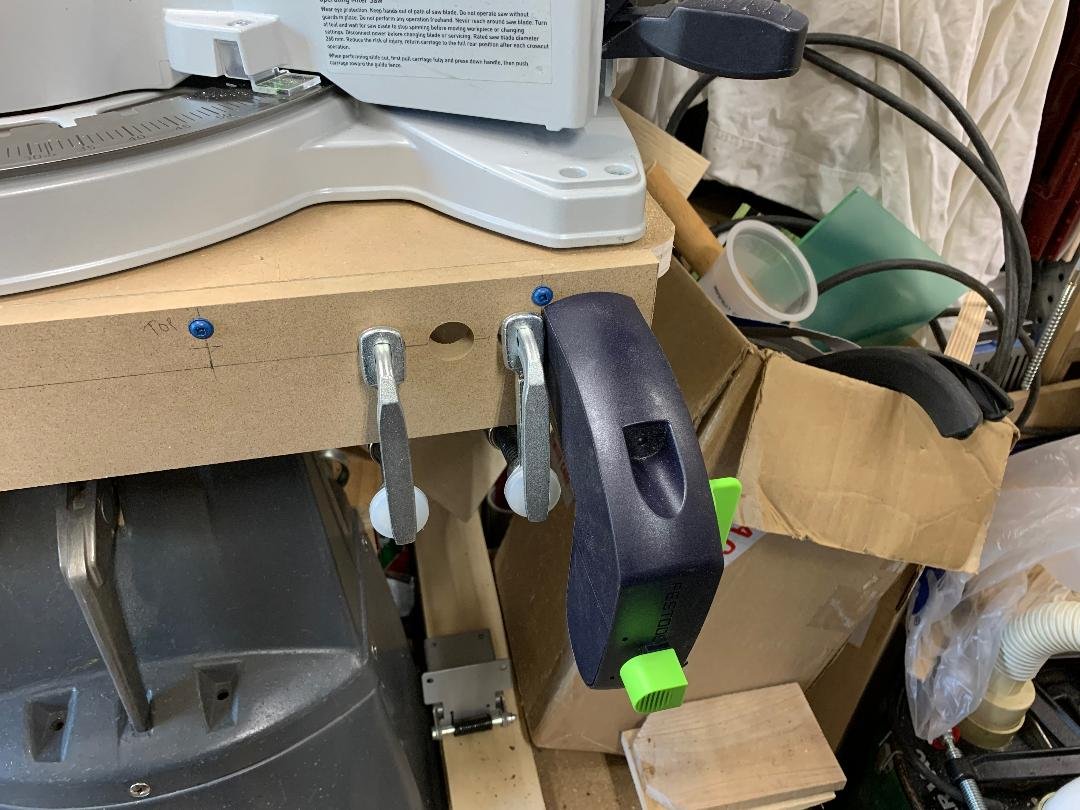 So enough for that today. Some progress anyway.