Wiring a new shop - what considerations?

Wiring a new shop - what considerations?

I'm setting up a very small shop in the very back of my basement. I plan to run my Shopsmith and a dust collector simultaneously. I'd like to add some extra lighting as well. I've read in other forums that a dust collector and a table saw should be on separate circuits. I currently have 1 circuit which I have used for all of my basement lighting, plus have used for a grinder and other portable tools, none of which are, obviously used simultaneously.

1) Should I add 2 new circuits or 3?
- does dust collector need a sole circuit?
- does Shopsmith need a sole captive circuit
- Do I need a 3rd separate circuit for adding additional lighting and receptacles?

2) Though I will let an electrician do the wiring at the box, I thought I would rough it in myself. Should I use 12 or 14 guage wire? I"m assuming that these should be 20 amp circuits?

Thanks in advance for the help!
Top

I would put in at least two 20amp circuits. That requires #12 wire. The Shopsmith should be on a separate circuit, and any other large loads should have their own circuits. That way you won't have problems tripping breakers.
It might make sense to put in a 3rd circuit while you have the electrician there.
I have 3 circuits in my workshop. The Shopsmith doesn't share with any other power tools. I don't have a dust collector or any other heavy load devices, but the spare circuits handle all my hand held light duty power tools.
Top

I put in 3, 20A circuits to be on the safe side and for potential "new" tools.

2. Jet Dust Collector on its own 110/20A . Although the current draw under normal operation is well below 20A, these collectors can spike up 10-15A on startup (depending on manufacturer) ...so I felt Id err on the overly safe side.

Lighting - I went with LED lighting fixtyures ...so the existing 110/15A was plenty for what I installed, replacing some old flourescents.

Three separate 20 amp circuits should be fine for a single person shop. A 30 amp 220 circuit might also come in handy.
Paul
Top

I agree with garys. Two or better yet three 20 amp circuits. If you have a PowerPro headstock with the DVR motor or are thinking of upgrading in the future, the start up power draw is less but there is another consideration. The Power Pro headstock should not be plugged directly into a ground fault outlet. Something about the electronics in the headstock not playing nice with the ground fault outlets. I have mine plugged into a standard 20 Amp outlet downstream from the ground fault outlet and it works fine. With this in mind you may want to have more than one outlet per circuit. Also since you are upgrading check your local codes about spacing of outlets and Ground Fault requirements. Many older homes are not up to current codes for number of outlets in any given space since there was not as high of a demand for outlets in the past.

masonsailor2 wrote:Three separate 20 amp circuits should be fine for a single person shop. A 30 amp 220 circuit might also come in handy.
Paul

I agree -- future-proofing is a good idea, and you may well run across a big 220V machine someday that you've just gotta have.

I did something in my shop that has worked out really well, and given me a lot of flexibility. I needed more live circuits in my basement workshop, but was limited to a couple of spare cable pulls that I had had the contractor install when finishing out a basement playroom for my kids. One of those was 12/3 cable, so I hooked it up to a 240V breaker, and installed a L14-20 twist-lock receptacle in the workshop.

The slick thing about this setup is that if you want to run a 240V machine, just install the mating plug on the machine cord, and plug it in. But if you need more 120V circuits instead, plug in a standard generator adapter cable, and it will break it out into two 120V circuits for you. These will have a shared neutral wire, but that's perfectly legit and code-compliant (unless a 120V AFCI/GFCI circuit is required). 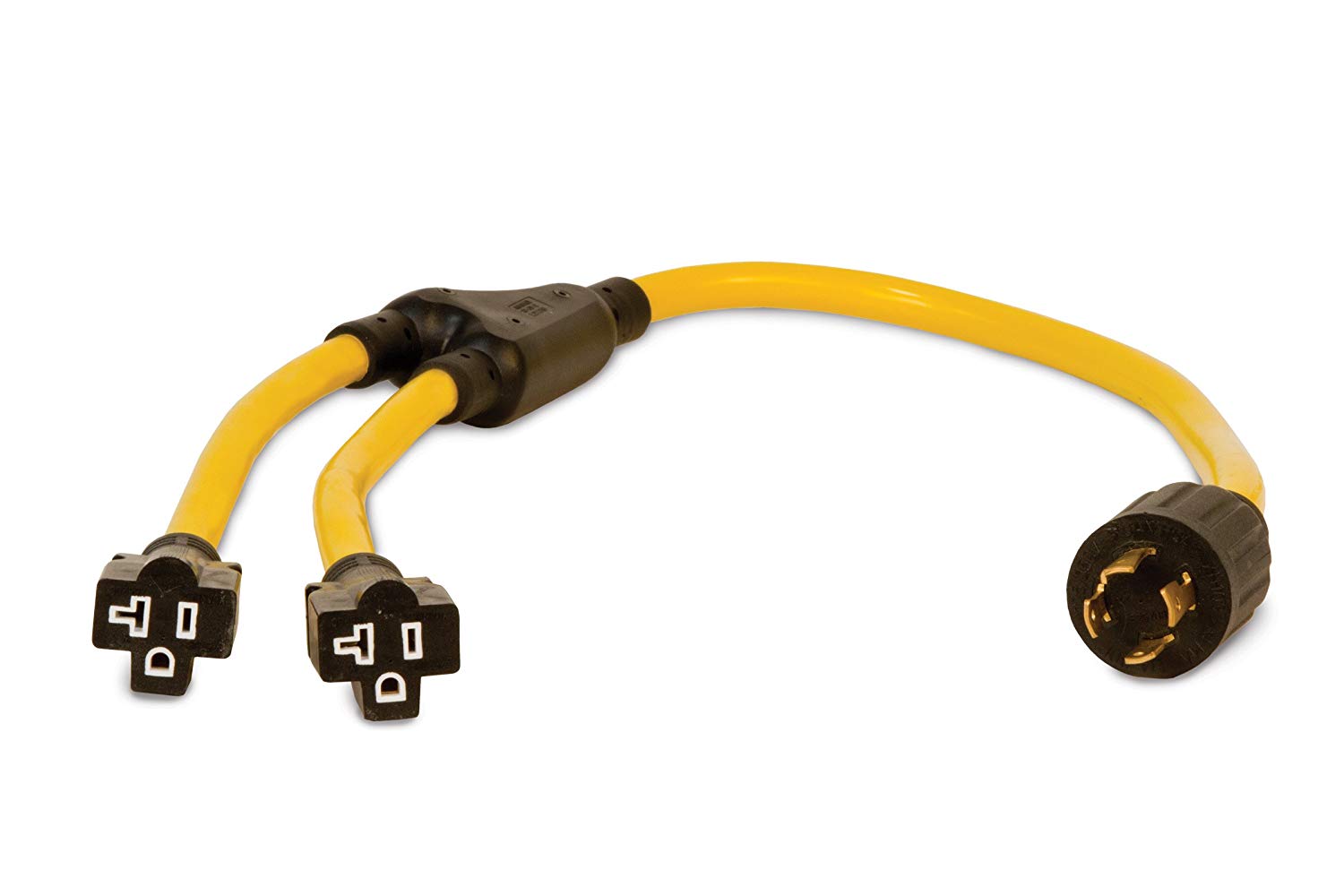 In my case, even that wasn't enough future-proofing. Now I need to add a workroom subpanel, repurposing an existing 6/3 cable pull that was originally earmarked for a hot tub. Then I'll add a couple of 30A circuits, using L14-30 twist-lock connectors. Not to mention hooking up a rotary phase converter for the 3-phase machines in my stable ...

Thanks ALL....this was so helpful. Thanks for the prompt very good advice. You've just given a mouse a food pellet. I'm now going to ask a number of other rookie questions!