Hello all. I have a model 10e that one of you may be interested in. It was my grandfathers' and seems to be in decent condition. Its missing a couple of parts i believe, it also has a few original accessories. I would love to have a reasonable offer on it or even just learn more about it. I'm pretty sure it was one of the first couple thousand made. I live in Central point, Oregon 97502 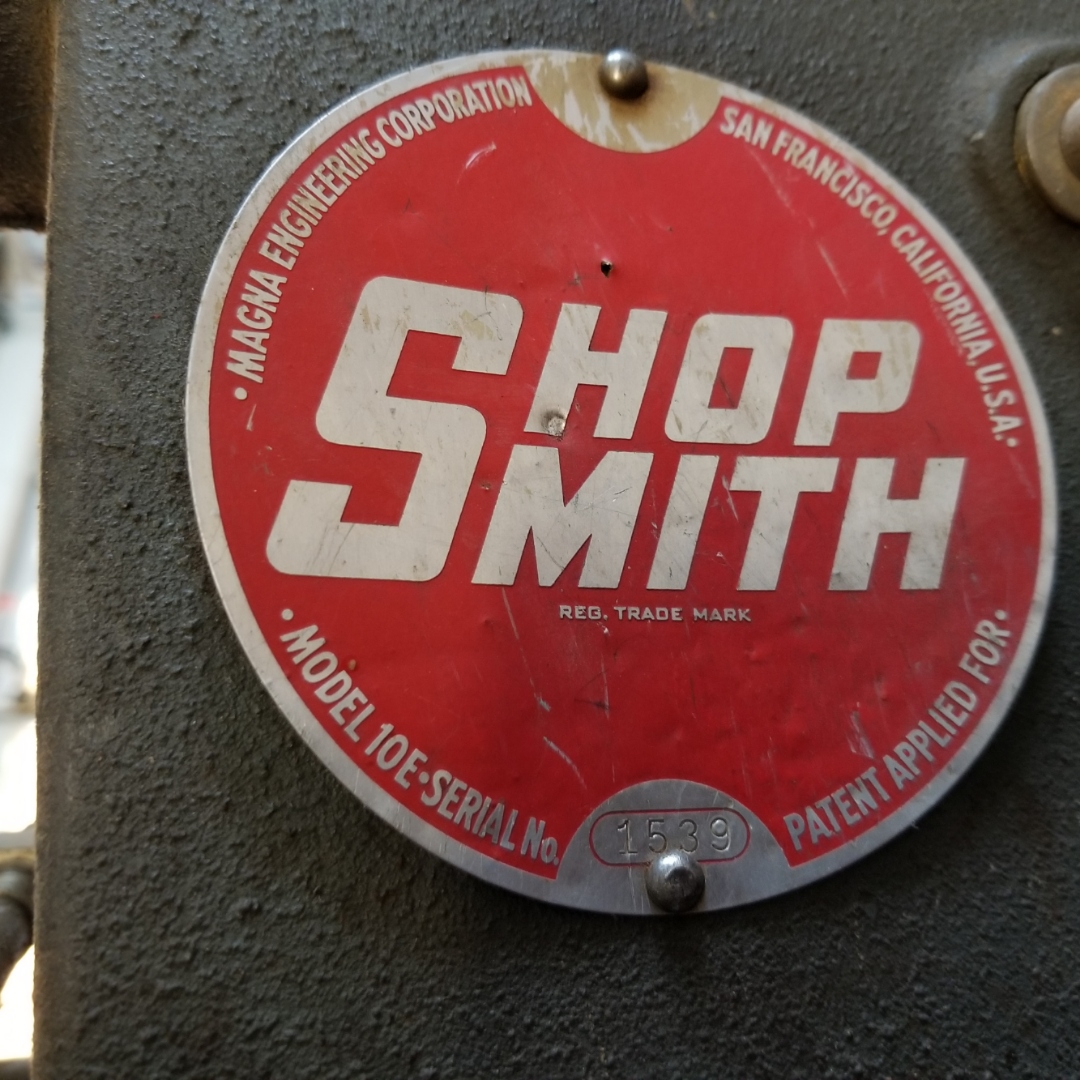 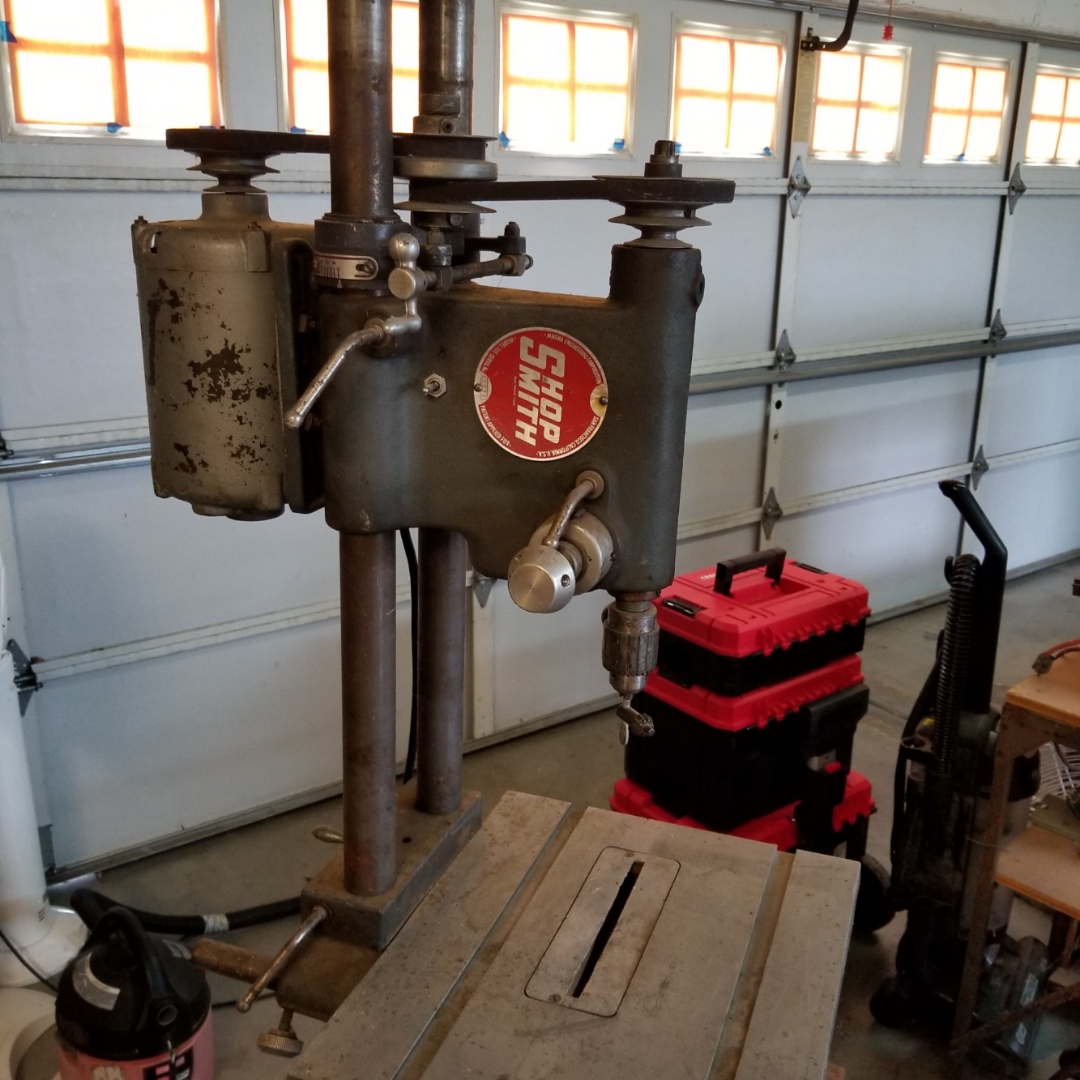 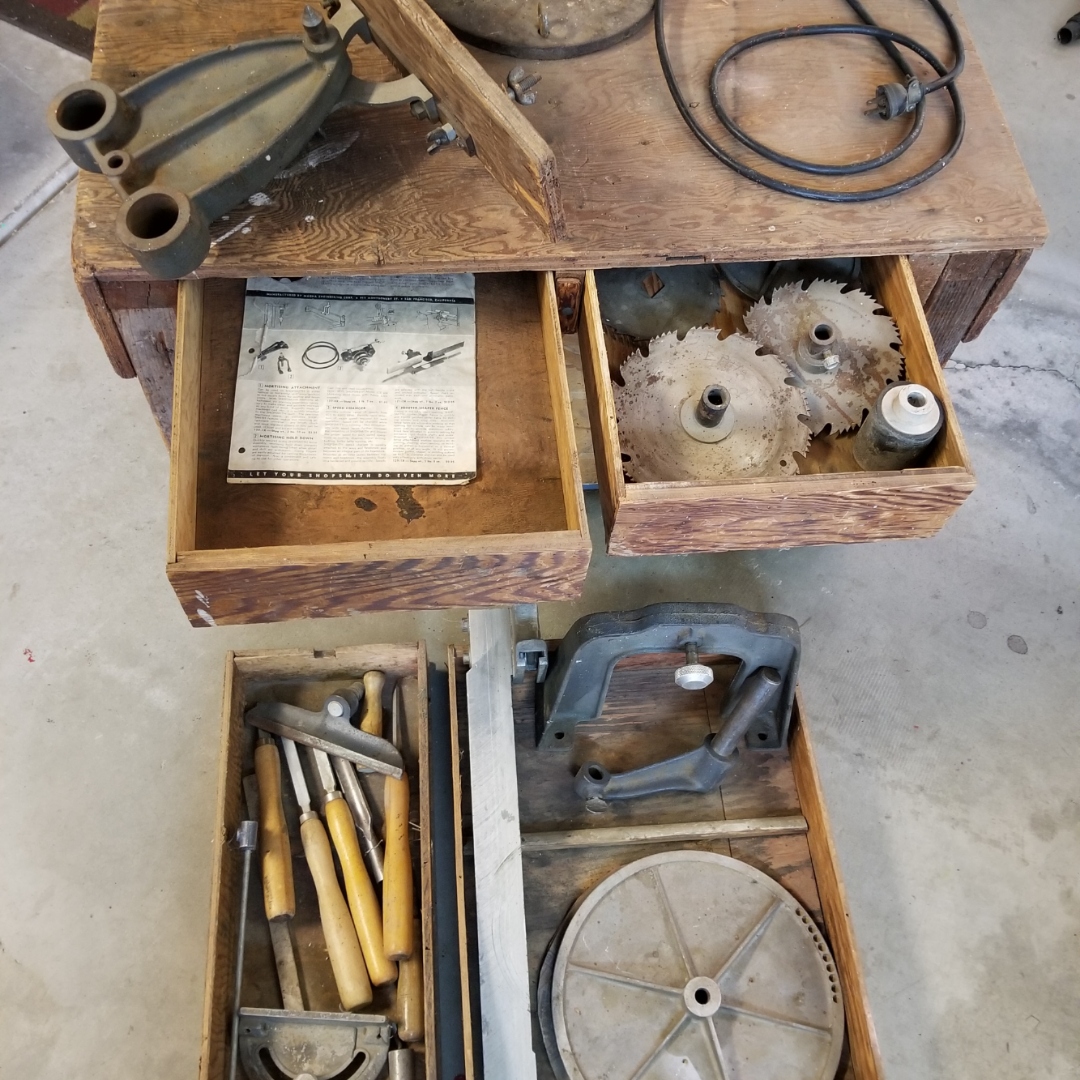 Yes indeed, that is a very early machine. We believe that the serial numbers started with 1000. I own 10E SN 1750, and there’s at least one earlier machine owned by a member here.

You definitely came to the right place for info. One of our members, Everett Davis, is researching and writing a book about Shopsmith history. He’s already shared many historical documents here. You can access all of that info from this thread.
Top

Your machine was made in 1948. In late 1947 Montgomery Wards purchased 250 Shopsmiths for sale on the west coast. Sales were so good that they placed another order for 1,000 machines. Yours is in that range.
I'm not saying your machine was sold by Montgomery Ward. But it could of been.
Shopsmith 10E S/N 5804 restored.
Shopsmith 10ER S/N R39267; purchased 10-10-50 in San Francisco.
Bruce Brenner
http://www.vintagepbks.com/shopsmith.html
Top

Welcome to the Forum.

Your Shopsmith Model 10E looks in pretty good condition. It is indeed one of the early Shopsmiths having the serial number 1539. As Bruce said it was likely part of the second order for Montgomery Ward. It is interesting to note that it has the second version of the headstock. The Lathe tool rest is the first version that was soon replaced by a single casting. Most of your Shopsmith has version 1 parts. Being the 539th tool made it looks like the only change was the headstock and if it is steel not aluminum the quill return spring housing. Issues with the first production headstock and the aluminum spring housing caused the first two changes in the Model 10E.

As BuckeyeDennis mentioned above I have S/N 1077 which was part of the first order sent to Montgomery Ward west coast stores/catalog houses on November 15, 1947. I own or have owned 22 Model 10's of which 17 have been restored and 14 resold. It is through there restorations I have learned a lot about them and the changes that occurred during their production.

More about your Shopsmith, because it is an early one it may be desirable as collectible but not as much as a working piece of history. Improvements made to the Model 10's made them better to work with. The biggest improvement, in my opinion, was the change to the metal extension table and Magna must have believed it to since they offered an upgrade kit for the wood extension table Model 10E tools already sold. It included the Metal Extension Table, Table Extension Bracket, the Tailstock for the new table, new version of the Fence with both front and rear locks along with related knobs and parts.

I would be interested in seeing more pictures of you Shopsmith and I believe others would too. Of interest would be pictures the of accessories too. I noticed you have 2 saw blades mounted on arbors and one looks to be a later version while the other looks to be an early version. You have the original 6 rib sanding disk, the original miter and the original sanding drum accessory. Although the 3326 Jacobs Drill Chuck is a good one, it is not the original 33B Jacobs Chuck on an adapter that came with the early Model 10E's.
Russ

What a magnificent machine! Everything that needs to be said has been, but you have a great woodworking tool that belonged to your family. Think you can find the sales receipt and/or the manuals?

Nice speed changer too. Read up and learn how to operate it. It will do amazing work ....

I forgot to mention before there is a person near you who buys Shopsmiths to disassemble and sell the parts on eBay. If you wish to keep it as a complete working unit you will want to sell it to someone looking to restore or use it as is. Your other option as Dick is speaking to would be to keep it as a part of your family history. You may find it useful after learning more about it and how to use it.
Russ

chapmanruss wrote:I forgot to mention before there is a person near you who buys Shopsmiths to disassemble and sell the parts on eBay. If you wish to keep it as a complete working unit you will want to sell it to someone looking to restore or use it as is. Your other option as Dick is speaking to would be to keep it as a part of your family history. You may find it useful after learning more about it and how to use it.

So true. The 10E and ER are really amazing machines. Bought my first one in the 70's. It might not be the most accurate for some things, and it is a little bit of a hassle to change out the table saw for instance. But the versatility outweighs the negatives.

The pulley's on the motor and the drive sleeve should be mounted with the largest pulley closest to the motor and headstock respectively. Mounted that way the upper pulley guard will mount properly..
Speed changer manual here. http://vintagemachinery.org/pubs/detail.aspx?id=2714

Picture 13 in the ad is a home made guard/dust collector for the sanding disk, The jigsaw works with the main table when in use.
Jigsaw manual here. http://vintagemachinery.org/pubs/detail.aspx?id=2703 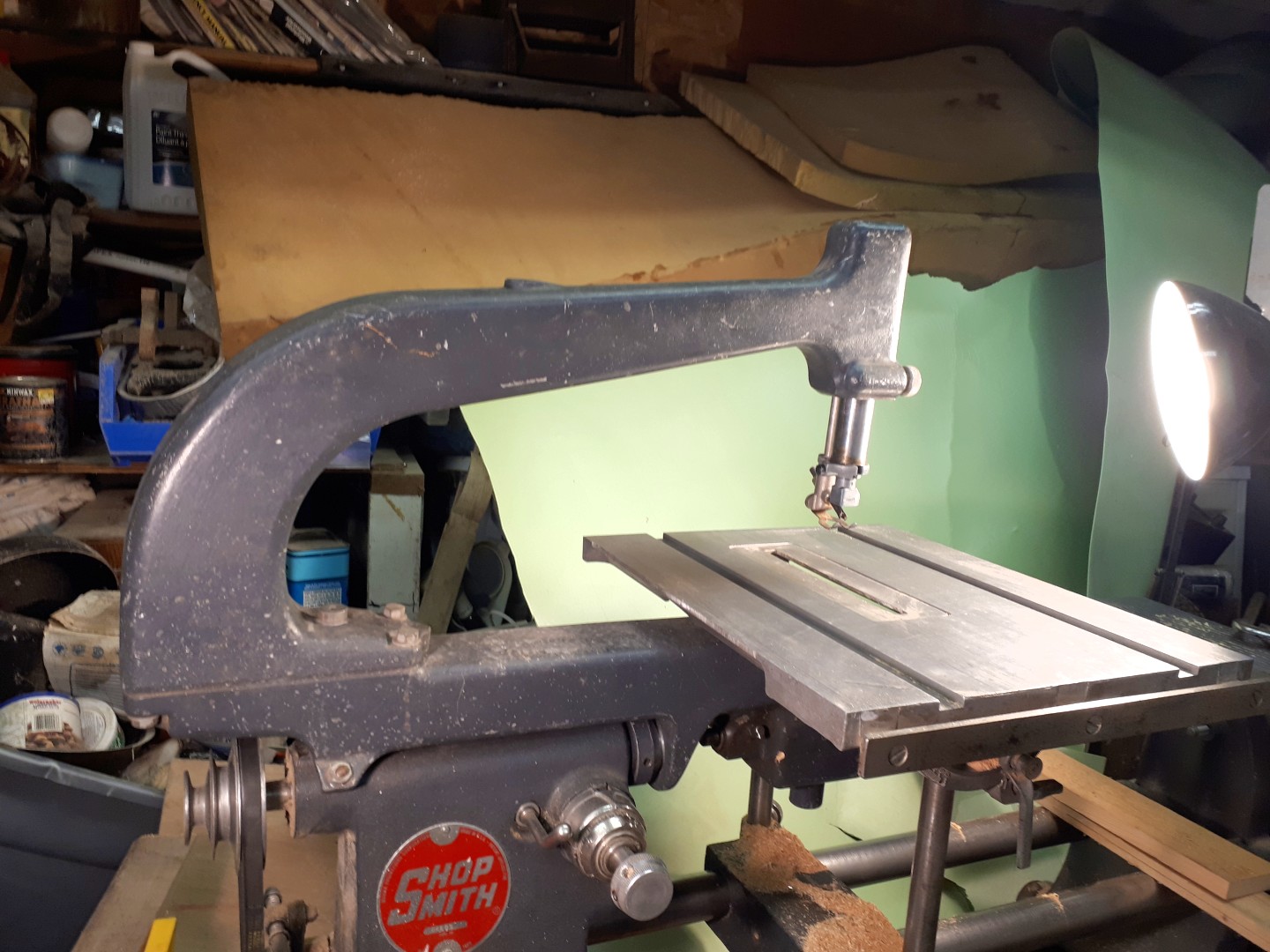