For those who don't know who Scott is: 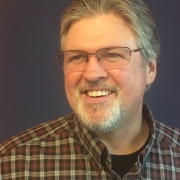 I changed my Youtube channel name recently from MrToolHunter to MyGrowthRings. I still don't like it but need to live with one choice or another. For those who don't know me, I write the Shopsmith-Tool-Hunter-Blogspot blog as well as the Tool-Hunter.com blog. I am corporate trainer in the cabinet hardware industry for a German hardware manufacturer and distributor, but for a number of years in the 1980's-90's was employed by Shopsmith. I was their store manager in their "Boston" store, and was the Academy Instructor at the Factory Showroom in Dayton, Ohio. Later I managed Shopsmith's short-lived franchise test in Columbus, Ohio, which was called "Edgewood Hands-On Woodshop". I'm not as active here as I once was but plan to put more video content out, so please consider this my personal invitation to you to sub my YT channel.

Scott is a former Shopsmith employee and held various roles in the company. Scott shares some great stories and experiences from time to time from when he was with Shopsmith. He is currently making quite a few videos about Shopsmith equipment. Usually posts a video once a week (normally on Mondays as of right now). He also has a blog/website with a plethora of information on probably every piece of Shopsmith equipment known to exist.

I'm sure Scott would greatly appreciate your support! 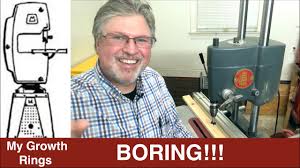 In this video, I go over a few tips for getting the most of your Shopsmith Mark V drill press. There are so many little tips that we'll eventually cover, but these are a few I use every time I drill:
1.) Position your headstock, carriage, and table BEFORE you lift it into position.
2.) Grip the way tube FIRMLY beneath the headstock and above when lifting.
3.) You can reposition the headstock and carriage in the vertical position, but why risk it?
4.) Position the quill feed handle wherever it best fits your needs.
5.) The feed stop (Quill depth stop) can be used in several ways.

I do appreciate the support. I’m thinking that as we share Youtube videos that we probably need to type in the description to make the topics searchable. Investors notice that on the Youtube feed that unless you scroll though them all most are not searchable. Scott
Top

MUCH! Thanks, and that should be the model for others. I have to fight my urge to make my video titles "punny" or clever, knowing full well that no one will ever discover it if they aren't subscribed. Now, the text on the thumbnail is another story...
Top

thedovetailjoint wrote:MUCH! Thanks, and that should be the model for others.

Well it certainly will be the model on this page. 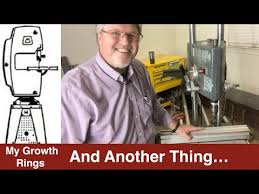 I knew that this weekend's video on the Shopsmith Mark V drill press video was just scratching the surface and that there would be more to say, but after several comments, (Thanks Damion and MRrwmac!) I realized that there was more to say, and that sooner is better than later.

Sorry for the lighting issues. I'm working on it!

If you missed that video, here it is: https://youtu.be/XUsKsAmFIUA

Man, you are on top of this!
Top

Well, that's my goal. To keep this page up to date and going, and not become just another dead space on the forum that gets lost in the shuffle.

I also want to help promote and support any and all fellow woodworkers and craftsman that are worth the time and effort. I believe the content that you put out Scott is valuable to all Shopsmith owners both new to the tool, and the "Shopsmith Veterans". Just with the few videos you've put out thus far; you have answered many age old questions that many users have been asking for decades now. Plus, speaking for myself; I enjoy learning more about the history and evolution of the tool and the company that is Shopsmith. Knowledge and experience are the best teachers. Keep it up, Scott!

On a personal note. I would love to see Shopsmith continue to keep it's doors open, and the lights on. They have kept the pioneered vision of the exceptional Mark V alive and going. Truly a tool that can never be matched in quality and capability. Much like the rest of the U.S. manufactures; 10+ years ago almost put them under and out. Now with the current global crisis; has that possibility of "the wolf growling and pawing at the front door" yet again. Hopefully this page will help promote and support Shopsmith as well. I just want Shopsmith to know that we are Shopsmith owners. We are loyal to the brand, and the tools. We care, and we are still here with them.

My hope is that Shopsmith can weather this storm like so many in the past, and we might get to see brand new Mark V's with the golden 75th Anniversary medallion on the headstock. Just 5 more years Shopsmith. You can make it. I know you can.
Chad Nevels
Top

The "Business End" of the Shopsmith Bandsaw: Upper and Lower Guides and Bearings 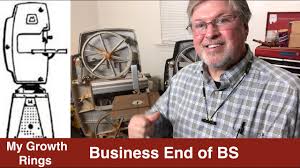 Previously we investigated the Auto-Tracking and the Tension System of the Shopsmith 11" bandsaw, so in this video, we will move to the "Business End" of the saw and study the Upper and Lover blade guides and thrust bearing. We also talk a bit about the evolution of modern bandsaws and even take a brief look at a Taiwanese clone of the Shopsmith bandsaw, which was imported and sold by Total Shop.

Here's the link to our previous bandsaw video, which covered the Auto-Tracking and Tensioning System: https://youtu.be/zCBlSe4Z450