Well-its been a long slow summer for the shop...but I did manage a couple of projects. One of which is near completion.
The younger child likes the maker space and purchased a 3D printer to learn more and make some things.

Having a plastic melting machine in the kids bedroom, I started to think more about it from a materials viewpoint. The plastic that is commonly used is called Polylactic Acid or PLA - with a melt point of 150-160C. Doing a little digging, it turns out that all of the thermoplastics used in the 3D printing space devolve some gas or VOCs during the hot melt process...which for complicated structures can go on for 8-10 hrs. Though PLA seems to be the lowest on the toxicity scale, it is still toxic.

So lets address that problem - by boxing the printer and venting to the outdoors !

We built it from 2x4 scraps and leftover plywood. An AC PC fan was used on the 2.5" flex tubing exhaust which ports to a board which sits on the windowsill and vents outside. We bought some plexiglass sheets and slotted them into the sides.

Nice to manage to get the kids in the shop for a little while...though its few and far between. 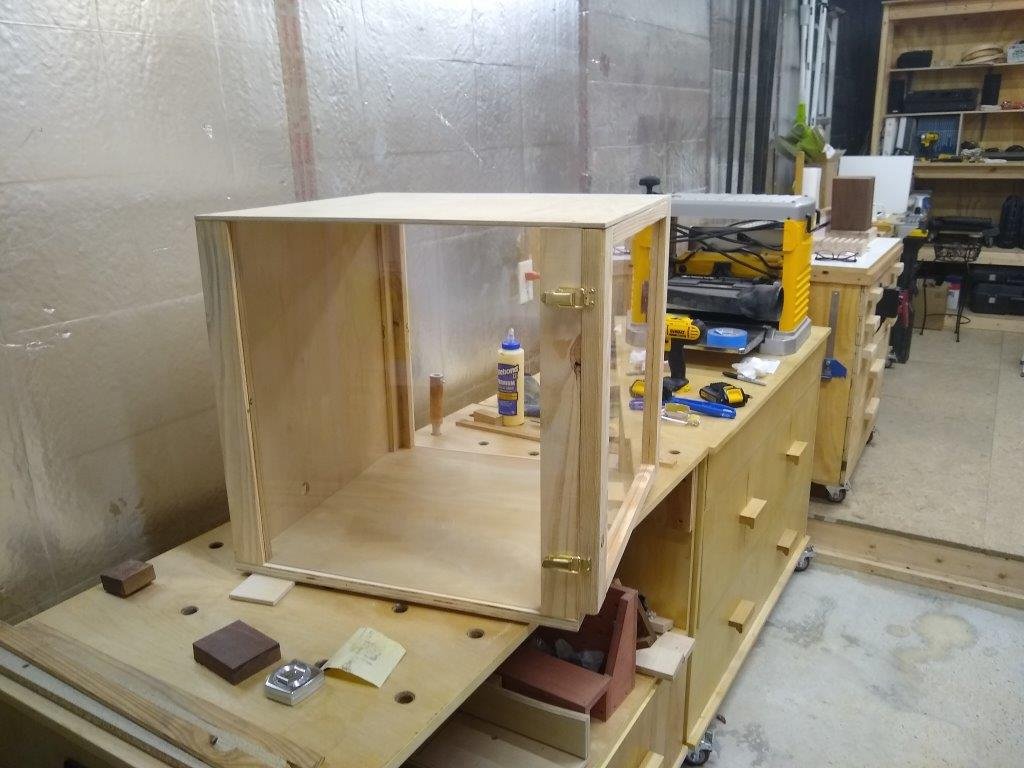 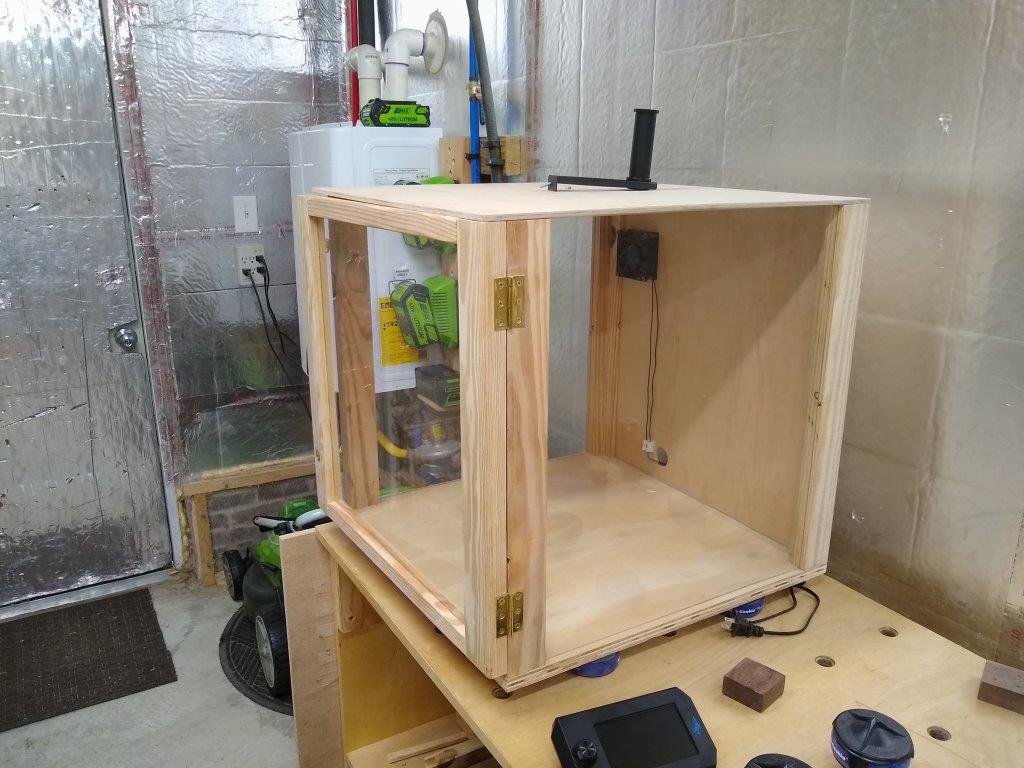 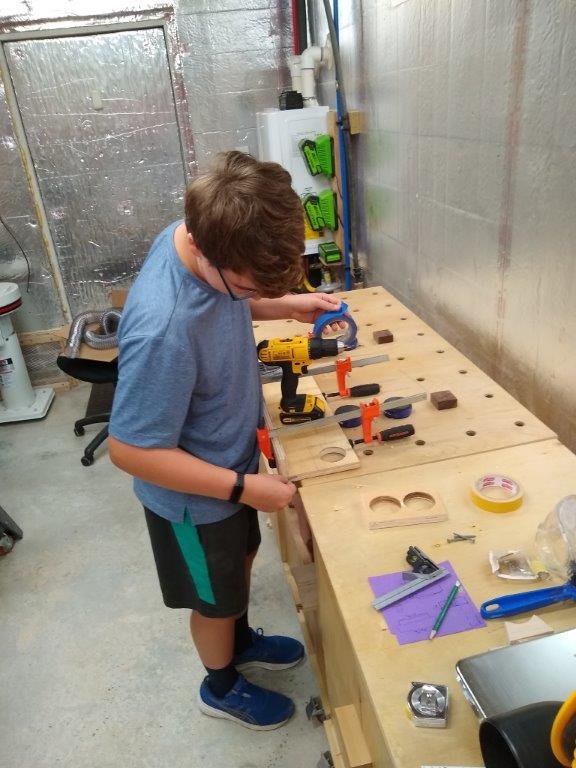 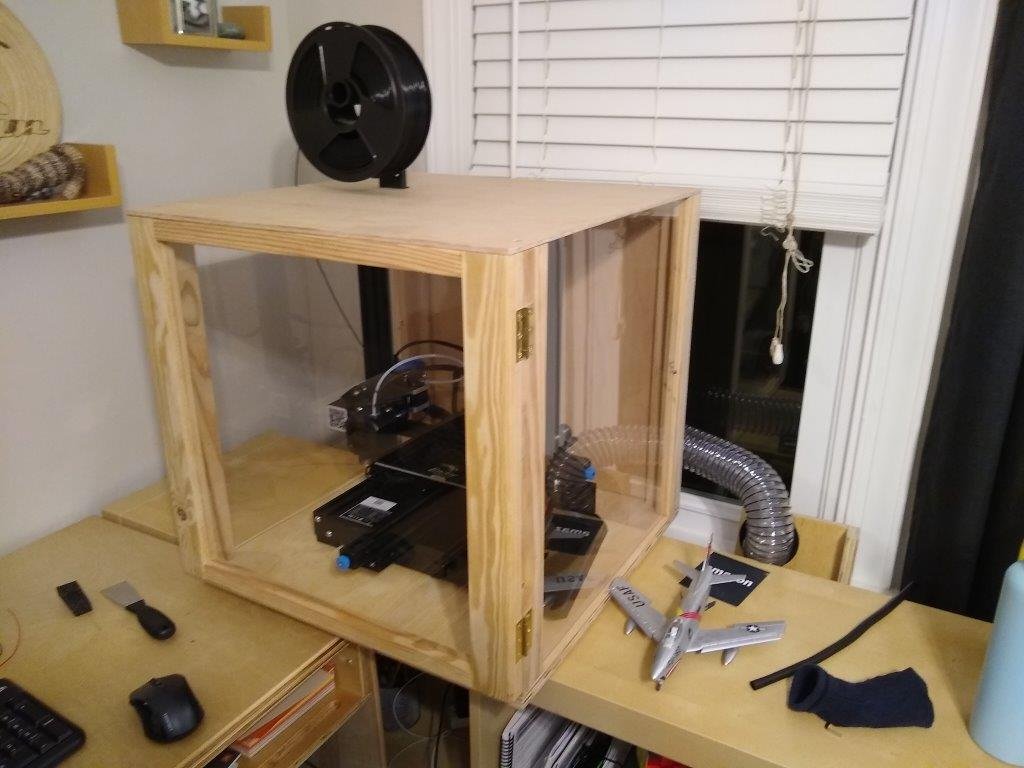 
Its a little bigger than his desk- but maybe theres a lesson in that somewhere !

What, you couldn’t find a vintage Gerstner 3D printer box to restore?

I guess real men just didn’t worry about VOC’s back in the day.

Now you having me thinking that I should do the same. Problem is, I don’t have a clue how I could rig a vent in my office, given that it has casement windows and masonry on the exterior walls.
Top

BuckeyeDennis - you can probably forego the protection...assuming you don't have 15 yr old lungs. I try to err on the side of safety for young ones, I'm less careful about my own lungs

I expect if you wanted to, you might be able to rig up some kind of canister capture rather than venting.

Have you looked into the Lack boxes that were designed for the Prusa printers? You take an Ikea Lack coffee end table and using 3D printed parts and acrylic turn it into a pretty functional print box.
Top
Post Reply
5 posts • Page 1 of 1