I have a Weller 8000N soldering gun with copper tips and need replacements. The stuff available seems to be crap. I know some people use Romex copper wire. Your thoughts?
Top

My Weller Soldering Gun is the Model 7200 and the tips insert differently, screw clamping as opposed to the hex nuts many of them use. I did a search (weller soldering gun tips) and found some available. Some were pretty cheap looking not having the heavy point. Those looked like they were made out of copper wire. I also found a couple of you-tube videos about making your own out of copper wire. Probably the same videos you found. I know I would prefer to have the standard soldering gun tips with the heavy end like the ones in the picture below. It may take some looking around to find the right ones for your Soldering Gun. 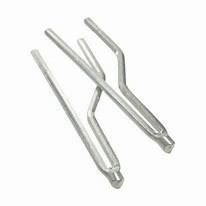 Thank you all. Or as they said when I lived in Texas, "all y'all".
Top

A friend in Oklahoma once told me that "y'all" is the singular and "all y'all" is the plural of the pronoun.
Top

The use of "y'all" for a single person is debated, except for an equivalent ambiguous usage of "you". After all, it's short for "you all", which is something said to multiple people.
"youse" is basically the same, generally applied to multiple people, but sometimes it's used for individuals.
Ed from Rhode Island

When growing up in Tennessee, “y’all” was consistently and unequivocally used as second-person plural. But despite once having neighbors who used the term, I never did quite figure out “you’ins”.
Top